Atelier Iris is the first game within the series to be localized outside of Japan, and was released to North America, Europe and Australia.

The game follows the young alchemist Klein Kiesling, who is travelling to learn more about alchemy together with his friend, the Wood Mana, Popo. One day, he is saved from a monster by Lita Blanchimont, a young Galgazit, monster hunter. Lita eventually recruits him to become an Galgazit as well, and they start working together in the town of Kavoc. However, Klein is soon caught in many troubles, and eventually becomes involved in a quest of saving both the world and Lita.

Alchemy in Regallzine is not as wide spread as alchemy in most of the other Atelier titles. Alchemists are now rare and often focus their studies on the legendary city of Avenberry or on the alchemist Iris Blanchimont, who lived before Avenberry's fall. Those who don't study Iris or Avenberry wander the world, seeking ancient recipes and artifacts for synthesis. From a gameplay perspective, Alchemy is divided into two categories: Mana Items, created with the aid of spirits called Mana and normal item creation, such as cooking or preparing explosives. In order to craft items with the power of Mana, an alchemist must break items, such as stones and barrels, into base elements to draw from.

The soundtrack was composed by Akira Tsuchiya, Ken Nakagawa & Daisuke Achiwa and was released May 19, 2004 in Japan by TEAM Entertainment. 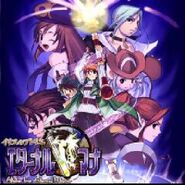 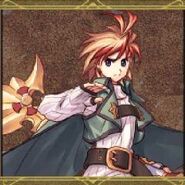