The game takes place after the ending of Atelier Iris 2: The Azoth of Destiny.

When Viese is suffering from a high fever, Iris makes a medicine for her. The medicine causes the fever to go down, but Viese also loses her memory. To collect the ingredients for a medicine that can return Viese's memories, Felt and his team explores dungeons to obtain items and craft items and equipment at Viese's workshop in Eden.[4]

Theodore also makes a reappearance as a antagonist during the game, hindering the progress of the player; the player often faces off against the remnants of the imperial army as regular enemies and bosses.

The player primarily explores 6 main areas, Marmel Forest, Grand Plains, South Grand Plains, Grand Highway, Onuki Cave and the Ancient Ruins in Eden. The game opts for a top-down approach with simplified graphics, Felt's overworld sprite is replaced by a more simplistic 2d sprite. The game also retains the same encounter guage as the original. Some of the original area artworks such as Viese's workshop in Noir are bitcrushed and reused as regular backgrounds.

In order to gain ingredients and advance the plot, Felt must:

The game retains the alchemy system from the main game, largely unchanged. Many items are taken straight from the game and have identical crafting recipes and effects. Some are omitted. Different properties of crafted items can be achieved by changing individual ingredients like in the original; items can also be used to upgrade weapons.

During battles the game emulates the original, having a 6-command system and control over all 3 party members; the player can also set the formation of these before battles; though the player can only have Fee, Noin or Felt in the party Grey does not make a reappearance but is mentioned in the game, and Poe returns as an item vendor. Battle sprites are reused from the original game but are heavily scaled down and partially readjusted to fit the resolution of a cellphone. Background for these battles are screenshots of the original parallax ones used in game, and UI elements use different icons to account for size. 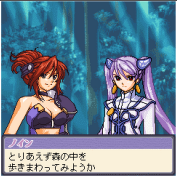 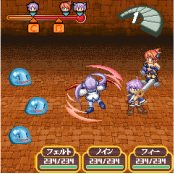 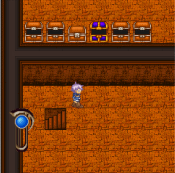 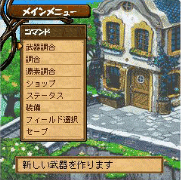 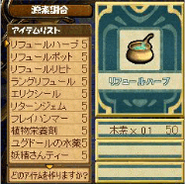 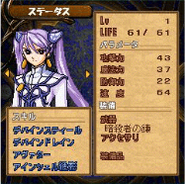 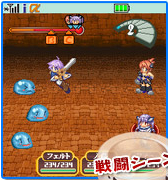