Atelier Iris 2: The Azoth of Destiny, released in Japan as Atelier Iris: Eternal Mana 2 (イリスのアトリエ エターナルマナ2 Irisu no Atorie Etānaru Mana Tsū) is the seventh game in the official Atelier series, and the second game in the Iris Series.

Although the game was released after Atelier Iris: Eternal Mana, the game's story is a prequel to the first game in the Iris series. It features the first physical appearance of Iris Blanchimont.

The gameplay revolves around the duality scenario system: The story advances through Felt's point of view as he gets involved in the events that wrap him up in a large-scale civil war, while Viese helps Felt behind the stage, synthesizing all the items he needs to advance the story, as well as having a story of her own with making pacts with Mana, interacting with a mysterious girl, and keeping Eden safe until Felt's return.

Synthesis in Atelier Iris 2 is broken down into three types:

With the dual-protagonist system present, there are two worlds to explore: Belkhyde, where Felt goes to fix the situation with Eden, fighting monsters along the way; and Eden, where no monsters roam and Viese can extract enemies and harvest items in peace. Exploration in both of these worlds share common mechanics.

The individual MP system in Atelier Iris was replaced by the Skill Gauge shared by the entire party, where skills consume one or more filled gauges represented by the number on the gauge. Skills obtained later in the game are more powerful but require more gauges to execute. Charge Attacks and receiving damage are ways to fill the Skill Gauge.

Atelier Iris 2 also introduced a bar at the top-left section called the Time Gauge, a precursor to the card-based turn order. The Time Gauge visualizes the position of each character or effect in time as they move towards the right. Once a character reaches the end of the Time Gauge, they are allowed to take action. The gauge itself has a subsection at the left marked in orange, where a Break will occur if the player knocks back an opponent within this region with a Break Attack. Enemies in Break move slowly on the Time Gauge until they leave the orange region and recover.

Main: List of characters in Atelier Iris 2: The Azoth of Destiny 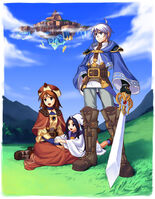 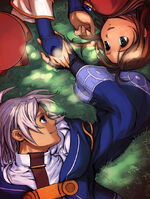 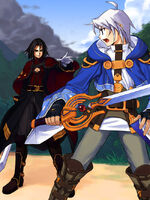 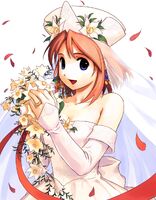 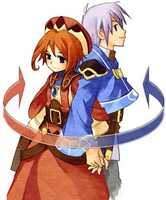 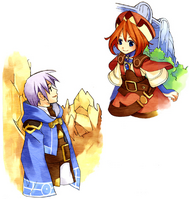 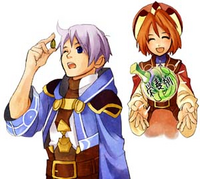 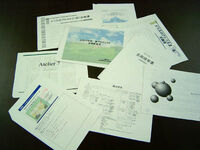 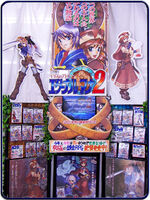