It is the first game in the Gramnad series, and is another game to be an exclusive Japanese release. It was originally released for the Playstation 2, but was re released  on the Playstation Portable 8 years after it's initial release under the title: Atelier Judie ~The Alchemist of Gramnad~ Imprisoned Guardian (ユーディーのアトリエ 〜グラムナートの錬金術士〜 囚われの守人).

The game's main protagonist Judith Volltone is living alone in the alchemy shop that she inherited from her parents. She specializes in making medication, and often takes requests from villagers to make a living.

One day, an adventurer requests her to create an item called the "Hourglass of the Dragon", which has the abilities to travel in time. While synthesizing it, a piece of Judith's hair falls down into the cauldron, and Judith suddenly finds herself 200 years into the future.

Judith's goal will be to to find a way to recreate an Hourglass of the Dragon, and to use it to get back to her own time period. However, there are many troubles to overcome on the way, such as a loan Judith took from Witoss Lotps and finding the ingredients for the Hourglass of the Dragon. During her search and travels Judith will encounter many people and visit five cities.

Atelier Judie reinterpreted aspects of the series' gameplay thus far, such as simplifying the stat systems used outside of combat and enhancing RPG-elements by adding isometric field and dungeon exploration. The synthesis system was also revamped by allowing the player to substitute materials with others as long as they share category, as well as each individual item and material holding "traits". The trait system would later develop into a staple element and important gameplay feature in later titles.

The goal of the game is to gather the required ingredients and create an "Hourglass of the Dragon" so that Judith can return to her own time period. Once a Hourglass of the Dragon has been created and all necessary conditions have been fulfilled, it's possible to talk to Post Kohlstadt to end the game.

In the workshops, the player can combine different items to create a new item. More items becomes available through obtaining recipes. Recipes can be found or bought, and every recipe book includes recipes for one or several specific items. Every item that can be synthesized is of practical use, and most of them can be used in battle. Every synthesized item can have up to 5 effects and effects can differ drastically depending on the materials used.

There are 110 items that can be synthesized in the original Playstation 2 version of the game, and additional items were added in the Playstation Portable port.

Different from the gathering areas of the cities, dungeons have a "Dungeon Damage" bar. If the dungeon takes too much damage from explosives or activating traps and the bar runs out, it will collapse. Dungeons also have traps and treasure chests, which can be disarmed or opened if the player's party members have the appropiate skills. There are also buttons which may heal the party or the Dungeon Damage bar, but stepping on one is a gamble as it may also cause harm instead. Dungeons are maze-like, and for each time destroyed the floor layout changes. Certain items are only available at certain layouts, making it necessary to destroy dungeons and explore different layouts.

There are five towns the player can visit. The player can take quests or hire a room at every town's inn to use as a workshop. It's also possible to access a gathering area from all towns except one. Different towns have different shops, which affects what items can be Registered and bought there. Adventurers are also hired from their respective towns, with some frequenting multiple ones.

The player can take quests from every town. The quests can involve hunting a certain enemy, or bringing in items. It's possible to complete a quest without turning in the exact amount of items requested but this will reduce the reward. Completing quests improves Judith's Popularity stat for the town the quest was located in.

The battles are turn-based and the player will enter battle with Judie and two optional and changeable party members. If a party member or enemy run out of HP, MP or LP, the enemy or party member has been defeated. In battle, the player can use synthesized or bought items from the basket. Most party members will charge the player in exchange for their service. This comes in form of a flat fee in Cole every time the player leaves a town.

The original game have two possible endings, and the Playstation Portable re-release introduced a third ending. There is no bad ending, as the game can't be lost. Unlike previous games, every single ending requires the player to beat at least one boss enemy. All endings require the player to beat the Faktoa Temple dragon in order to make the Dragon Hourglass and continue to the depths of Faktoa, the second ending requires the player to unlock Maibaum Tower and beat its demon lord, and in the third ending the player must defeat the Time Shift using only Judith and Sphere. 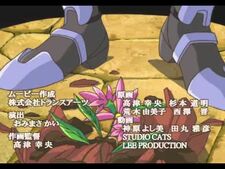 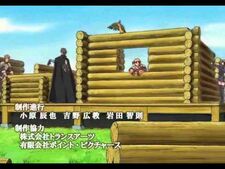 Atelier Judie- Alchemist of Gramnad - Scene 4
Video of second ending, where Judie stays in the future with her new friends

While the game does not have any time limit as its predecessors, there is a clock that will affect the gameplay. The clock shows what day and what hour it is, and items may decay with the course of time. Quests also have deadlines. By synthesizing or moving to another area time will pass. Shop clerks might also have a day off at certain days. There are events to help the player to get back on their feet if very little progress is being made over long spans of time.

It's possible to hire a workshop at every town's inn. In the workshop, it's possible to save, load, perform synthesis, access the container, sleep, and interact with various characters. Several events also takes place in the workshop. Hiring a workshop costs 10 000 cole. If the player decides to move out, 5000 cole will be payed back. The contents of the containers are not linked between workshops and the player can only bring the contents of their basket when moving.

While the game was promoted with new artwork and character illustrations, the artstyle remains the same as the original for the majority of the game. The port contains both the original opening song and animation, alongside a new theme song called "Time and a Word" with a new opening movie. The opening sequence changes to the new one after the player has finished the game once.

The new ending is tied to an optional storyline taking place in the very depths of Faktoa Temple. For this section of the game the player can recruit the new character, learn her story, and challenge the new floors of the dungeon. This part of the game contains the new artstyle seen in promotional material.

While this version was plagued by less bugs than the original release, there is an issue where the game will spawn item number 101,102, and 103 as quests before they have been formally identified through a recipe book.

There have also been two comic anthologies based on the game.

A series of drama CDs for the game were released. 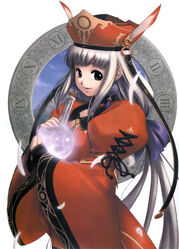 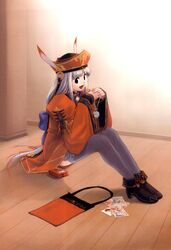 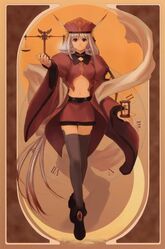 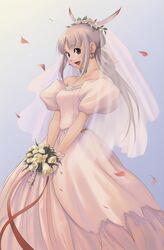 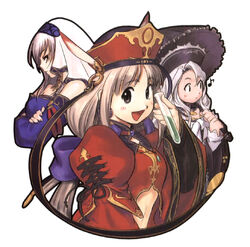 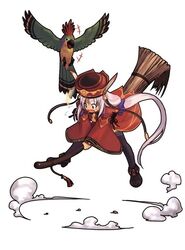 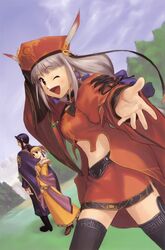 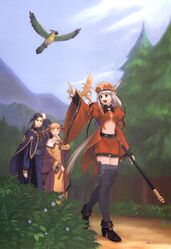 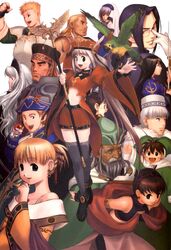 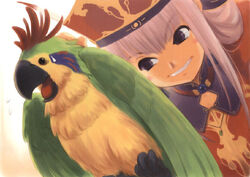 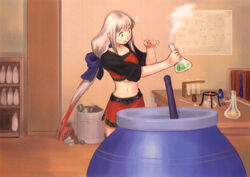 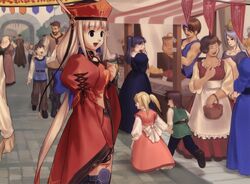 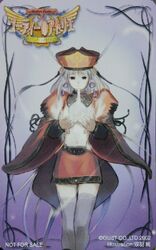 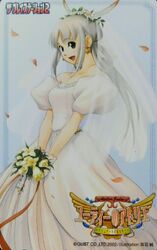 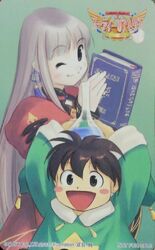 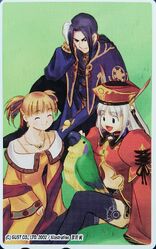 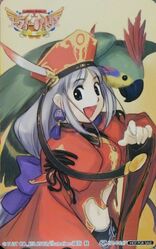 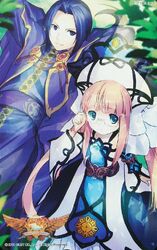 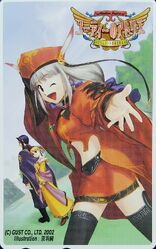 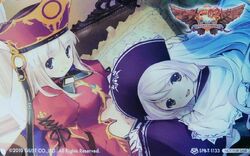 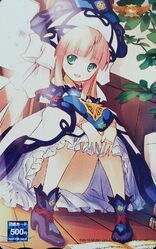