Atelier Lilie: The Alchemist of Salburg 3

Atelier Lilie: The Alchemist of Salburg 3

Role Playing Game
Atelier Lilie: The Alchemist of Salburg 3 (リリーのアトリエ ～ザールブルグの錬金術士3 ～ Rirī no Atorie ~Zāruburugu no Renkinjutsushi 3~) is the third game to be released in the official Atelier series, and the final game in the Salburg trilogy. Like all Salburg titles, Lilie was exclusively released in Japan.

Despite being the last game in the trilogy, Atelier Lilie takes place before its predecessors. The game's setting is still in Salburg, but is twenty years prior to Atelier Marie: The Alchemist of Salburg and over twenty-five years to Atelier Elie: The Alchemist of Salburg 2. The game introduces a few new characters to the series, but also features younger versions of characters from previous Salburg games.

The original release of Atelier Lilie was on June 21, 2001, and the Plus version was released in April 2002. Both versions were released on the Playstation 2, and unlike previous titles, Atelier Lilie didn't see collaborations with other major titles.

The game's main protagonist Lilie is featured in two of the Atelier side games, Hermina and Culus: Atelier Lilie Another Story and Atelier Marie, Elie & Anis: Message on the Gentle Breeze, but didn't make any other appearances within the main series.

After arriving in Salburg, the game's main protagonist Lilie hopes to build an alchemy academy in the Kingdom. Alchemy is severely under developed in comparison to the Kingdom of El Baldor, which is home to many talented alchemists.

Because Salburg has never seen the likes of alchemy, Lilie must prove to King Schigsal that the Kingdom would benefit from alchemy. Working through a small workshop in town, Lilie will enlist the help of two bright alchemy students from El Bador, Hermina and Ingrid, to help her work.

Lilie's main goal is to gather any aide that she can so that the academy can be built. The game has 12 possible endings.[1][2]

Atelier Lilie features several younger versions of characters previously seen in the Salburg series. The game also features completely new characters, some belonging to the same institutions or sharing characteristics with characters from the previous games. Notably, the protagonist of the Atelier Elie spin-off comic series Atelier Elie: The Exchange Student from the South, Sarai Maaya, makes a brief appearance in one of the anime-style cutscenes. 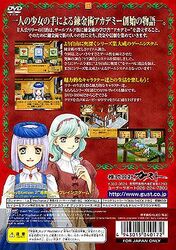 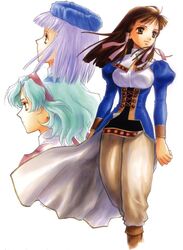 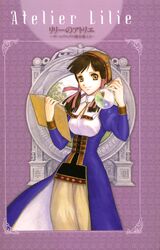 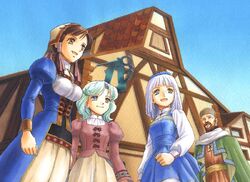 Lilie, with Hermina, Ingrid and Drnie. 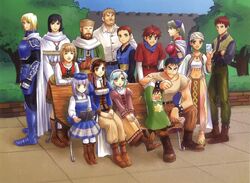 Artwork of all characters. 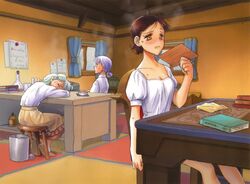 These Salburg summers are murder for El Badorans! 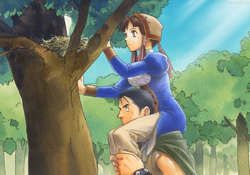 Getting a little boost from Gerhard. 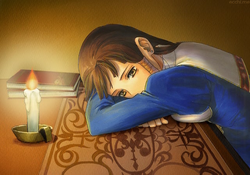 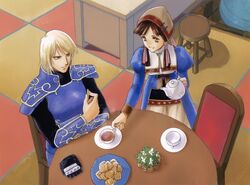 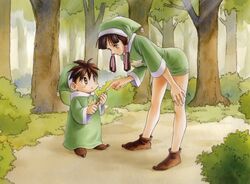 Embedding with the, er, natives.