Atelier Lina: The Alchemist of Strahl

Atelier Lina: The Alchemist of Strahl

Role Playing Game
Atelier Lina: The Alchemist of Strahl (リーナのアトリエ 〜シュトラールの錬金術士〜 Rīna no Atorie ~Shutoraru no Renkinjutsushi~) is the 3rd Atelier title for the Nintendo DS, and is the third in the Orde series. It is known by the project code DSA3.

Lina is, somewhat infamously, one of the two new Atelier titles since Atelier Iris to not have been released outside of Japan (not counting mobile titles). Although it arguably takes place in the same world as the previous DS titles, the location and characters are all new.

The game's main protagonist Lina Alterier has just completed her alchemy licensing exam. Excited to tell her best friend Luon Volk, she rushes home. On the way however, she runs into Luon and excitedly tells him the good news.

While they're talking, the forest to the north of them suddenly begins to burn. As the forest burns down, Lina and Luon and faced with some of the now homeless forest faeries. Being that they were the only people at the scene, the faeries angrily blame humans for the burning of their home.

Knowing that they have little choice, Luon and Lina are now responsible for the revival of the forest. They will be given three years to revive the forest to it's former glory. Lina will need to use her alchemy skills to create items and raise money.

Atelier Lina focuses heavily on trading and making money. The player travels through the kingdom of Strahl in a wagon that can hold a limited amount of items. There's a deadline of 3 years, but the game may come to an end even earlier in case the fairy forest hasn't been restored enough by the second year.

The player can perfom alchemy from the workshop in the Fairy Forest, or in the tent when out travelling. The tent comes with the drawback of that only materials contained in the wagon can be used in the synthesis. Alchemy items have several uses, items can be used in battle, for quests, or sold. There's a success rate to crafting items, and often additional tools than the starting alchemy cauldron must be used to gain a favorable rate. Different tools also influence time consumption and MP consumption. The wagon can be replaced with other models or upgraded with equipment. This influences the wagon's speed and item limit.

The fairy hiring system that had not been used since Atelier Marie, Elie & Anis made a return. Fairies can be hired after completing a certain task given to Lina by the leader of the village. Fairies come in different ranks(colors) and have different preferences in what kind of tasks they like. Fairies can help Lina synthesize or gather materials.

While it's the main goal of the game, it's not necessary to fully restore the Fairy Forest to view most endings. Only a high enough percentage to not fall into The Forest's Pullout ending is needed, as well as the unique conditions of another ending (note that as a general rule most endings require Lina to possess at least 500 000 Cole in her wallet) 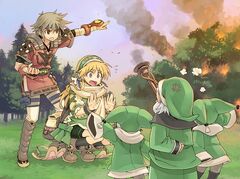 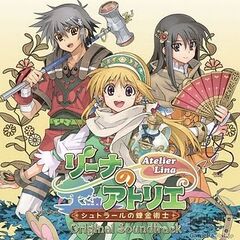