Atelier Lise: The Alchemist of Orde

CERO A (all ages)

Atelier Lise: The Alchemist of Orde (リーズのアトリエ 〜オルドールの錬金術士〜) is the 1st game in the Atelier series to be released for the Nintendo DS. Currently the game is only available in Japan. It is known by the project code DSA1. The game was directed by Shinichi Yoshiike, who is known as the "parent" of the Atelier series[1].

The first print run of copies is known for having severe bugs, and had to be recalled. The original version's cover is red, while the corrected edition is white. Atelier Lise is sometimes mocked as "Atelier Freeze" (フリーズのアトリエ) due to these bugs.

Atelier Lise follows Lisette Randal, the youngest daughter of the Kingdom of Randel's royal family. King Randal was a kind, easy going king who took care of his subjects and made sure his family lived a lifestyle fit for their rank. Unfortunately, he did so by borrowing money from the Rockheim Bank, the largest financial institute on the continent. They issue his entire kingdom a forecloser notice, and plan to lay claim to the entire kingdom if the debt was not payed off by a certain date. Princess Lisette flees her home and goes to the neighboring Kingdom of Orde, hoping to discover a way to help her family and pay off the debt. She uses all her money in order to buy a house on the edge of Myslee, where she decides to become an alchemist and cash in on a growing industry. Due to the sudden popularity of alchemy, Lisette has no trouble obtaining a beginner's license and she begins to attempt to earn the money to save her kingdom.

Atelier Lise has multiple endings, which are determined by what requirements the player meets at the payment deadline. One of the endings reveal that the true one to blame for the country's economic crisis was a minister with links to the black market.

The game leaves the player with several ways to approach Lise's goal of paying back 870 004 800 cole to save her kingdom. One way is to save up the amount in in-game funds through various means, the other way is to follow the rumors of a treasure sought after by the bank and obtain the alchemy skills needed to create it. The player is also free to ignore the monetary goal and pursue other achievements within the game world.

Money can be made through fulfilling quests, defeating monsters, or selling items in the town square.

The player can use alchemy to create new items out of materials and tools. The starting tool is the traditional to the series cauldron, but it will eventually grow unpredictable and assign random traits to the finished product. Therefore specialized tools have to be obtained for ideal results and the tool used will also often determine what mini game might occur when crafting. Additionally, Supplements/Neutralizers can be used to assign traits to alchemy items.

The battle system is turn-based and allows player characters and enemies to move around on a grid. Characteristic to Atelier Lise is that skills may take several turns to charge and have limits on how often they can be used.

Notably, Atelier Lise allows players to trade items between each other.

After viewing the ending, a scene will occur where Lise sells all her possessions and wonders if she could have done things differently, passes out, and wakes up at the year and date the game initially started. This allows the player to play through the game with all money earned from the last playthrough, as well as keep their Encyclopedia. In the original version of the game, "Paying back the loan on one's own effort-ending" would not let the player carry over their funds to the next playthrough.

The original release of Atelier Lise is known for its tendency to freeze and even had a bug that could render the game unplayable. Because the problems were so severe, Gust offered customers to exchange their copy for a corrected one. It can be recognized by its red cover and cartridge.

The Premium Box version of Atelier Lise was a limited edition that came with a clock. The clock had recorded messages by Lise's voice actress, and was decorated with Lise's image and a figurine of Coron.

The correct version of Atelier Lise was offered to customers of the original, buggy, version of the game. In addition to fixing the freezes that plagued the original version, it made several changes to the gameplay balancing. It can be recognized by that the background color of the package illustration has been changed to white, same with the cartridge. 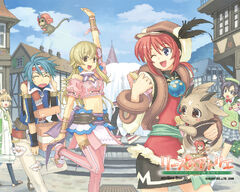 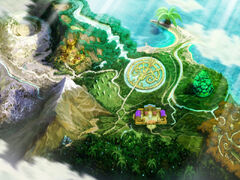 World Map
Add a photo to this gallery 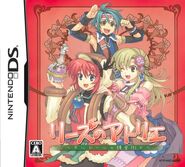 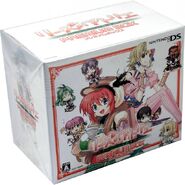 Atelier Lise Prenium Box
Add a photo to this gallery

Retrieved from "https://atelier.fandom.com/wiki/Atelier_Lise:_The_Alchemist_of_Orde?oldid=36559"
Community content is available under CC-BY-SA unless otherwise noted.