Old Man of the Weapon Shop

He is sometimes counted as a version of Hagel Boldness, despite statements that they are not the same person.

His singing voice has a bad reputation and he has been permanently banned from Salburg's singing tournament. Bukiya no Oyaji is still very confident in his singing voice despite this, and is even convinced he has fans.

Bukiya no Oyaji serves as the blacksmith who makes weapons for soldiers and adventurers. At one point in his life, Bukiya was also an adventurer who travelled alongside Dio Schenk. When the two retired from adventuring, Bukiya started up his own weapon shop.

Although he may have a gruff and intimidating outward appearance, he is a laid back individual with a kind heart. He is not an individual to show his feelings, but he is very sensitive about his baldness.

If Marie's reputation is over 200, Bukiya may ask her to make him a hair growth formula. If Marie gives Bukiya the item, he will close the shop for a few days. When he returns, he will reward Marie with the Star and Moon wand. This wand will significantly increase her power and allow her to perform special abilities in battle.

Bukiya no Oyaji continues to work as a blacksmith in Salburg when he appears six years later in Atelier Elie: The Alchemist of Salburg 2. He still yearns to have a full head of hair!

On certain days he will be away from the shop's main counter and instead be in the basement - "the weapon workshop". The player will then have the opportunity to enhance their equipment in exhange for money.

Upon certain conditions, he will come to Elie's workshop with requests. If the player tells him that they don't want to hear his singing, he will challenge Elie to enter the singing tournament. It's necessary to see Elie's performance to obtain the "Holy Melody" artwork as well as to obtain a certain ending.

Gerhard, who later in life also becomes known as "Bukiya no Oyaji", is an adventurer who likes to tweak equipment and also enjoys apple pies and singing. Gerhard is available as a playable party member and will have several romantic events with Lilie[1].

A man called "Bukiya no Oyaji" is the shopkeeper of a weapon shop in Elkrone. His real name is unknown and he is very sensible about his baldness. He was once an adventurer. His blacksmith skills are one of the world's bests[2]. 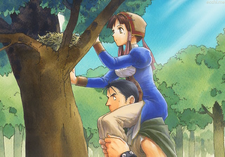 With Lilie in Atelier Lilie 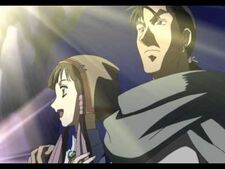 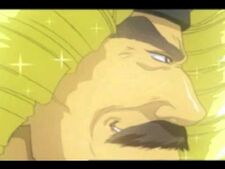