Elfir Traum (more commonly known as "Elie" or "Erie") is the main protagonist of Atelier Elie: The Alchemist of Salburg 2. She also appears in Atelier Marie, Elie & Anis: Message on the Gentle Breeze, Marie & Elie: Two People's Atelier, Atelier Elkrone: Dear for Otomate and Nelke & the Legendary Alchemists: Ateliers of the New World.

Elfir is a girl from a small village who enrolls in the alchemy academy of Salburg after being saved by Marlone, the protagonist of the previous game.

Elie is punctual and generally a reliable person, but she often ends up breaking things when flustered[1]. She has a passion for sweets, especially cheesecakes, which she has a notorious pickiness for. She will simply throw away any cheesecake crafted by the player unless it meets a high enough quality.

Her ultimate weapon and trademark staff is the "Staff of Sunshine and Wind", given to her after helping the king of Schigsal Kingdom. Equipped with this she can cast "Rondo of Sunshine and the Wind".

Elie grew up in the small village of Robison outside of Salburg. When she contracted a deadly illness, she was saved by the alchemist Marie. Because of this encounter with Marie, Elie became inspired to start studying alchemy. She leaves her town and travels to Salburg in order to enroll herself in the same academy that Marie attended, in hopes that she will one day become a great alchemist.

When Elie takes the entrance exam into the academy, she learns that has just barely passed, which causes her to be discouraged for much of the game. Instead of staying at the academy with the other students, Elie will be given her own workshop (the one previously owned by Marie) by her academy instructor Ingrid, who, despite Elie's low initial score, does see a substantial amount of potential in the girl. While completing her studies, Elie's ultimate goal is to become as great an alchemist as her savior was, and to hopefully meet her so that Elie can finally pass along her gratitude properly. However, the player can in practice actually divert from this goal and change Elie's ambition entirely.

Elie is somewhat naive about things in the outside world, but is a kind person who always works hard. She is determined to become a better alchemist and to help others. She has two best friends whom she studies at the academy with, Eisel and Nordis... though just how much of a "friend" Eisel really is is occasionally open to debate.

Elie will have to travel outside of town to gather materials, fight dangerous monsters, synthesize items and complete tasks for the townspeople to improve popularity and fame. With the help of her friends and several people in the town, Elie will have four years to complete her goals before she will graduate from the academy - although if she reaches the Meister level of study, she can remain for an additional two years.

Elie is one of the protagonists, and the player can switch between her and Marie.

After four years at the academy Elie chooses to graduate and turns down her spot in the Meister Rank programme. She travels to Kenntnis to learn about the origin of alchemy, and is reunited with her hero Marie. Together they return to Salburg and discover that Elie's workshop has been robbed. Fuhlen then offers Elie monetary aid if she agrees to research and create the legendary Origin Flame for the academy. As this item peaks Marie's interest, she decides to help Elie and open up a workshop together.

Elie is left to do all cooking and cleaning in the workshop on her own due to Marie's usual carelessness. However, she and Marie eventually develop a strong bond.

Elie is a graduated alchemy student from the academy of Salburg. Together with Marlone, they are running a business together. She is perhaps the more responsible and orderly out of the two. One day, they are visited by their former teacher, Ingrid, who asks them to write new books for the academy's new library that is currently being constructed. Marie and Elie also mentor Anis Ryftchen, an aspiring teacher.

She starts out with lower Meister (alchemy) Level than Marie and Anis, but higher Adventurer Level than Anis. She also starts out with her ultimate staff, just like Marie. She is the most balanced protagonist, as she can make for both a decent alchemist and adventurer. She can be a good substitute for Anis if the player is not willing to put in the time and resources to level her up, especially since Elie has a two year head start. However, as a trade-off the player will still have to deal with regularly cleaning the workshop.

There are some events that can only be viewed when playing as Elie and she is also the only protagonist who can encounter Phyruth.

Elfir is a girl who graduated from Elkrone's alchemy academy before Meriela. She is now managing a café specialised in cheesecakes, called Flask Café (フラスコカフェ) in the town of Elkrone. Her cheesecakes are known over the entire continent for being delicious. She is a caring person.

Like with Marlone in this game, the fact that her backstory is different from the main games hints that this Elie is an alternative version of the character. Her backstory might be a reference to an ending featured in Atelier Elie where Elie becomes a pastry chef after graduating from the Salburg academy.

Nelke and the Legendary Alchemists[]

Elfir is an alchemist travelling together with Marlone.[2] Her design is similar to her original apperance with a few arrangements, such as golden rings around her legs. 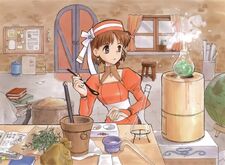 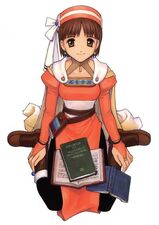 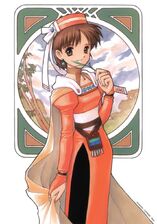 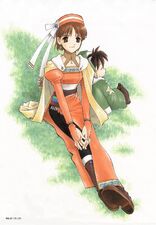 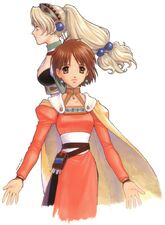