"The center of the moving forest, Well, technically the yellow crystal is the core and the tree is just an extra bonus."
— Atelier Meruru description

The Forest Spirit is one of the optional boss battles in Atelier Meruru: The Apprentice of Arland.

The forest spirit is the entity which exists within Ent Forest. The tree's yellow core is what gives Ent the ability to move around Arls freely. By defeating this spirit, Meruru will be rewarded with 100 development points, and the player will be awarded with the Bronze Trophy 'God of the Forest'.

The player can attempt this feat as early as when Ent is first introduced early in the game when Meruru reaches Rank V. However, the spirit is a high level energy capable of dealing high amounts of damage.

In order to face the Forest Spirit, the player must scale through the many challenges of Ent, and climb the gigantic tree to it's upper level, fighting a mini-boss along the way. The spirit is a formidable foe, and has the most defense of any boss enemy in the game.

After Ent has been defeated, the forest will no longer move and will stay in the place where you defeated it. 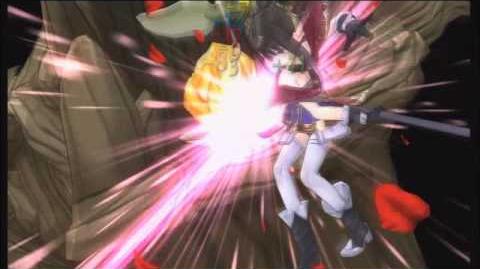