Julika Jeder is a character in Atelier Elie: The Alchemist of Salburg 2 and Atelier Marie, Elie & Anis: Message on the Gentle Breeze.

She is the daughter of a fisherman, and loves the sea. She idolizes her father whom she inherited the love of the sea from. At first, she shows no real interest Elie and cannot be recruited right away. After increasing her friendship, however, Julika will slowly learn to trust Elie. After becoming recruitable, she is found in the general store in Kasutanye. She costs no money to hire.

She is integral to Elie's quest to meet Marlone as she will help her defeat the legendry sea serpent named Frau Streit blocking the sea route to Kentonis.

Her ultimate dream is to find a legendary treasure that was rumored to be left behind by a famous pirate. Although most believe this to be just an urban legend, Julika believes it to be true.[4]

Julika has come to Salburg and can be recruited by Elie. She now costs money to hire, however.[5] She possesses high speed and can be useful when trying to escape from enemies.[6]

She returns to a life of fishing in Atelier Marie, Elie & Anis but is once again a recruitable party member. [7] 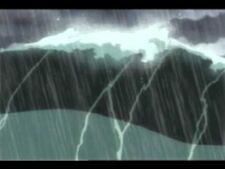