Lily is the daughter of the wealthy Valendorf family. When Raze was entrusted to the family's care, Lily immediately claimed him as her servant, and has tried to hold back her infatuation with him since. She also has her own personal maid, a Water Mana named Whim, who does all of the fighting for her in combat while she gives out the commands.

When Lily attends Al-Revis Academy, she brings Raze with along with her so that she can have him by her side, although Lily studies alchemy while Raze studies combat. She has a very colorful and overactive imagination, often day dreaming. She is obsessed with Puni's, even being able to sense when one is nearby. Lily hires yet another Mana named Yun to help her around Raze's workshop later on in the game.

In Lily's Character Quest, she enlists help from Whim, Puniyo, & Chloe to create a series of plans in order for Raze to fall in love with her, only to have them backfired in hilarious results, from being attacked by a mob of monsters to standing in front of Raze completely naked after changing back from being a Puni.

In her CQ ending, it is revealed that Raze knew about Lily's romantic feelings towards him, but pretended to be oblivious to her feelings for his own entertainment.

Her & Whim's Finishing Strike is Metamorphnaga: Where Lily backs away from Whim as Whim changes into her mana form and attacks the enemy by shooting them into the air with a massive tidal wave before freezing it & then shattering the frozen tidal wave by piercing through it with her trident before changing back & rejoining Lily's side. It's a Magic / Water type that attacks a single enemy with x3 HIT.

(Note: Lily's upgrade skill can only be triggered through side events, not by Grow Book.) 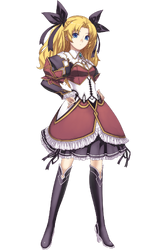 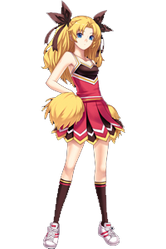 Lilly with Raze and Whim
Add a photo to this gallery

Retrieved from "https://atelier.fandom.com/wiki/Lilianne_Valendorf?oldid=33668"
Community content is available under CC-BY-SA unless otherwise noted.