Atelier Lise: The Alchemist of Orde

Lisette Lander is the protagonist of Atelier Lise: The Alchemist of Orde. She frequently goes by the name Lise.

Lisette was born as a princess of the royal family of the kingdom of Lander. When her family was faced with a great monetary debt she ran away from her kingdom in order to make money in the neighbouring Orde (also known to be romanized as Ol'dor). This leads her to become an alchemist, a profession she keeps even after solving her family's crisis.

As time passes, Liese increasingly becomes more and more greedy when it comes to money. She does not like it when people ruin oppurtunities for her to make a profit, and will do just about anything for money. While she is good at crafting, she seems to have an unusual taste in design.

Despite all this, Liese seems to have a love for life and does not like to be bored. While it might seem contrary to her greed, there's more important things in life than money according to her. She always wears an Azuro, which is her favorite gem.

In her own game, she runs away from her home country to find a way to resolve her family's debt. Lise buys a house (which is famous for being haunted, unknown to Lise) in the city of Mythreen (localized as Myslee in Atelier Annie). She takes up alchemy in hopes of being able to repay the debt.

In the canon ending, she succeeds in saving her kingdom and is able come home again, but the game itself offers several alternative futures for Lise.

On Sera Island, she is still on a search for money, but her reasons for being there are different than she lets on. Lise got used to a more outgoing and free lifestyle as an alchemist and couldn't adjust and return to her life as a princess. Therefore she once again ran away and joined the Sera Island development project for the financial opportunities. However, she doesn't want to draw attention to herself and is mostly interested in the money than the Meister title, and therefore purposely avoids the Gold Prizes.

Her apperance has become more feminine, and she even tailored and designed her dress herself (with the help of the palace tailor). Lise now uses her pretty looks to her advantage when doing business, something she struggled with in the previous game.

She can be hired as a clerk or recruited as a party member.

Lise gives Annie help and advice, and it's later revealed that Bentner trusted her with watching over Annie. Eventually her kingdom is able to track her down and Lise is forced to temporary leave the island. She soon returns, having run away once again.

In the Female Entrepreneur ending, Lise offers Annie to become the financial advisor to the king of her country, and the two set out to make money together.

Hiring her as a clerk:

I knew you'd pick me. You won't regret this!

Lise starts at level 1 with no equipment, but can equip swords, staves, blunt weapons, clothes, light armor and fancy clothing. Lise is a physical attacker. 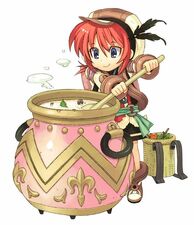 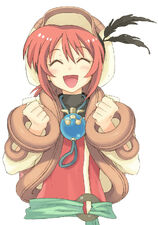 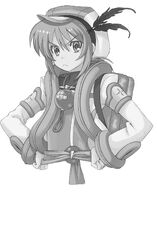 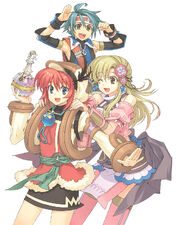 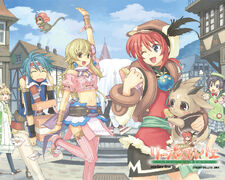