"The young shop owner of a small atelier"
— Official description

Miruca Crotze is a character in Atelier Shallie: Alchemists of the Dusk Sea.

Miruca is a budding alchemist who has devoted herself to studying new techniques for alchemy. Most of her education came from her studies in Central, and she now runs a small atelier in Stellard. She dedicates hours of her time to researching items that she's used or created using alchemy. She doesn't have many friends and is a very quiet and honest person, even if her honesty isn't always appreciated. She is the childhood friend of Shallotte and Albert and the younger sister of Jurie Crotze.

Although her and her sister are spending time apart and leading different lives, the two seem to love each other and have a strong connection.

Miruca can wear any armor that both Shallies can wear, which is light shirts.

Miruca has learned her alchemy at Central, unlike Shallote and Shallistera. Her alchemy consists of imbuing weapons for both Shallies. In Shallotte's route, it is hinted that she makes weapons for others also, but isn't mentioned in Shallistera's route. 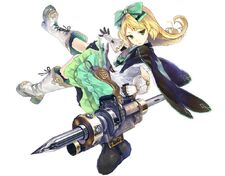 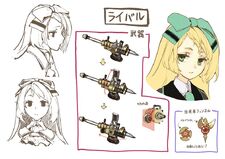