"An old book kept by Sophie's grandmother, stuffed away on a bookshelf in the atelier. She awakens when Sophie writes a recipe into the book, and becomes Sophie's alchemy teacher. Certain events lead to her taking human form, but her personality remains unchanged, and she continues to give Sophie alchemy related advice. She's completely hopeless when it comes to anything besides alchemy, and causes trouble for people when she walks around town and makes ambiguous statements. She's generally cool headed and composed, but she can be unexpectedly bold at times. After taking human form, she begins to remember a certain duty."
— Official description from Atelier Sophie.

Originally an alchemist that was turned into a book 500 years ago, one day Sophie discovers her and then she becomes Sophie's alchemy teacher.

Plachta is a talking book who has lost her memories. As Sophie comes up with new recipes and adds them to the book, she recovers new memories. It is eventually revealed that 500 years ago, Plachta was once a human alchemist. With the help of Sophie and her friends, her soul is moved to a doll body, allowing Plachta to live a human-like life again.

Plachta and Luard were once close friends, but she eventually had to fight him when Luard got obsessed with a harmful kind of alchemy. Plachta ruptured Luard's soul into the artificial lifeforms known as Atomina and Meklet. However, fearing that Luard would regain his ability to use alchemy through the Cauldron of Alchemical Brilliance, she sealed her soul inside a book. Plachta is also the creator of the cauldron.

Plachta acts as Sophie's teacher and is related to all of Sophie's main goals - finding the Cauldron of Alchemical Brilliance, restoring the memories, regaining Plachta's human form, and defeating Luard.

If the player synthesizes and gives her the weapon she asks for, she will join as a playable battle party member. The player can also customize her appearance and battle capacities through the Dollmaking feature. If Plachta is happy with the outcome, a trophy will be earned.

Plachta accompanies Sophie on her journey, and acts fondly towards both her own student Sophie, as well as Sophie's student Firis Mistlud. Like Sophie, she is introduced early into the game but doesn't become playable until after the player has passed the exam.

Her demeanor has become softer and kinder since Atelier Sophie. She is always looking after Sophie, keeping her more impulsive side in check. She expresses concern over that Sophie doesn't act her age and take responsibility, but also often teases Sophie with things such as embarassing memories. She and Sophie have developed a relationship that is difficult to describe even for themselves, Sophie puts it as a bit of a mix of family, friends and master and student.

Plachta once more accompanies Sophie as they travel to Adalet, wher they briefly appear when Lydie and Suelle trie to fight Falgior. Plachta and Ilmmeria manages to keep the dragon keep in bay while the twins obtain the rainbow palette, a tool that significantly damages Falgior. Plachta together with Sophie will then reside in Firis' tent after the event. If the twins follow on to Sophie and Plachta's story arc to regain Plachta's human body, they will successfully manage to see Sophie using a tome to transform Plachta into a human. In one of Alt's events, the twins witness Alt (or Luard, as Plachta calls him) making a promise with her to use alchemy for everyone's happiness using the first item Alt synthesized (presumambly a failed special nutrient item), reminiscing the events when both of them initially became alchemists.

Plachta's basic stats are to a degree customizable through the Dollmake feature. She can use a variety of alchemy items, but not to the degree that Sophie can.

On November 1 it was announced that Plachta would be joining Sophie Neuenmuller as a playable character in the upcoming Crossover Warriors game Warriors All-Stars.

The story takes place in an alternate world that relies on a miraculous spring to sustain itself. The King who could control the spring's powers suddenly perished, leaving the world in turmoil. The Queen told her daughter to summon otherworldly heroes to save their land, with Plachta being one of them, but the attempted summoning malfunctioned and left them scattered in different areas. Eventually, other members of this royal family are deemed eligible for the throne, dividing all the heroes into three warring factions.

Plachta, unlike Sophie, is not restricted to joining one faction, and can be recruited by anyone. Her introduction involves her bracelet being stolen by bandits and asking for the player hero to retrieve it for her. Once she has it back, she makes short work of the bandits using her weapon and even takes control of some mechanisms similar to tanks to devastate their numbers so the party can escape. Following the battle, the royal family member the player serves will ask Plachta for her help and she agrees to join them. 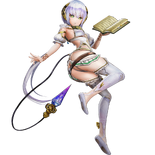 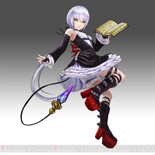 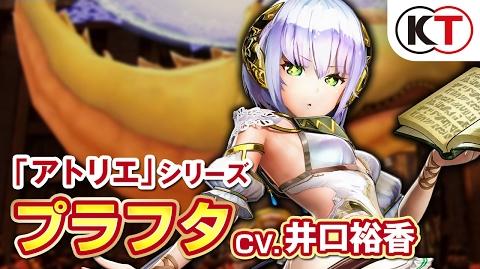 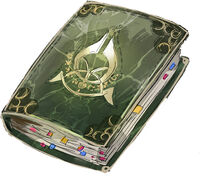