Our community needs more information on this page! Can you help out? Click here to add more.
"A girl who races off into the Dusk Sea with grand ambitions"
— Official description

Shallotte Elminus is one of the two main protagonists in Atelier Shallie: Alchemists of the Dusk Sea.

An inexperienced young girl who obtains few subcontracting jobs. She works as an alchemist and continues to run her late father's atelier. She has taken an interest in magic, though she believes it to be alchemy, and becomes Wilbell's student. She tends to make up songs spontaneously and sing. She's very cheerful and outgoing, often doing crazy things without thinking much about the consequences.

Her goal is to get rich and accomplish something in life, but at the start, the only job she is given is to pick up trash. Playing as Shallotte, the player can clean up trash with her broom. The ability to fish is also unlocked when playing as Shallotte.

Impressed by the fact that Wilbell can fly on a broomstick, she begs Wilbell to let her become her student. Despite the fact that Shallotte trains hard, she is never able to fly that way. Instead, she builds an alchemy device that lets her fly.

After certain event, the command Mix will be unlocked, allowing her to use two attack items at once, dealing a much larger amount of damage. 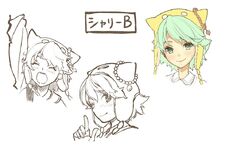 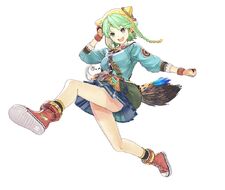 Cite error: <ref> tags exist, but no <references/> tag was found
Retrieved from "https://atelier.fandom.com/wiki/Shallotte_Elminus?oldid=37000"
Community content is available under CC-BY-SA unless otherwise noted.