"You're a resident of this town. It's a knight's duty to protect the residents."
— Sterk, Atelier Rorona

Sterk was a knight stationed in Arland, and is an extremely loyal and hard working individual. He has great respect for the King of Arland and lives to protect others. After Arland became a republic and knighthood was abolished, Sterk became a powerful adventurer and a self-proclaimed knight, unable to change his lifestyle.

Sterk's main goal becomes to chase the former king of Arls during the events of Atelier Totori and Atelier Meruru. He is determined to question Gio about why he abolished the knighthood, and also wishes to best him in a duel.

Sterk is somewhat infamous for his intimidating looks. Although he means no harm, people often scream or act shocked when seeing him for the first time (and often subsequent times). Even though he's a bit reclusive with people, he shares a special bond with pigeons.

Sterk is a knight stationed at Arland's castle. He comes to deliver the message to Astrid that her workshop is under threat of being closed down. After Rorona is put to the task of saving the workshop, Sterk is commanded to deliver assignments to Rorona that will appease the Ministry. He dislikes working for Meredith Alcock, but carries out his task loyally. He also has a romantic history with Astrid that ended poorly, leading to Astrid frequently trying to get under his skin.

Aside from delivering tasks to Rorona, he can also be hired as an escort. He is expensive at first, but by completing his requests from the guild, the cost to hire him will decrease.

Sterk is still living in Arland, but is adjusting to life after the knighthood was abolished. He works as an adventurer, but still thinks himself a knight. His main goal is to find the former king Gio, but he has so far been unsuccessful.

Sterk can be recruited from the Main Street in Arland, near the Sunrise Cafe.

In Sterk's character events, he at first unwillingly becomes Gino's teacher, eventually embracing the younger boy's enthusiasm. He is also shown to be profoundly unlucky, which leads to a particularly unpleasant encounter when Totori tries to take him to catch a legendary giant fish.

Sterk returns as one of Meruru's escorts. Extremely fond of Arls's old-fashioned kingdom, he resists unwanted change by living as a self-proclaimed knight. He becomes particularly attached to the ideal of creating a new knighthood now that he's in the service of a princess, matching his childhood dream as stated in Atelier Rorona. His attitude puts him in direct conflict with the straight-laced Rufus Falken, who is more than annoyed with having to deal with Sterk's impulsive behavior.

In his events, he continues to chase after his former master and king of Arland, Gio. By now he's accepted the former King's choices, but still wishes to eventually best him in a duel. Sterk additionally finds his former student Gino has the same wish of surpassing him, matching the recurring theme of teachers and students that exists throughout the Arland series.

Sterk first appears in Chapter 7, having created his own version of a knighthood with the "Citizens Guard" and travelling throughout Arland as part of his work to keep people safe. His past history with Rorona heavily influences his events.

Sterk joins at the start of the second assignment at level 13, equipped with a Knight Sword and Gentleman's Coat.

It was revealed that Sterkenburg will be guest-starring in Koei's latest re-release of Warriors Orochi 3 (Musou Orochi 2 in Japan) as a playable guest character. He will be joining the series alongside other guest characters such as Ryu Hayabusa of Ninja Gaiden fame, Kasumi of Dead or Alive fame, as well as characters from other various Koei games.

His story is that after finishing his duty of escorting Princess Meruru, he finds himself dragged into a space-time distortion as he returns to Arland[1]. When first brought to the strange new world he encounters Princess Sun Shangxiang, as well as her allies Huang Gai, Yoshimoto, and Motochika. While initially hostile towards the group, after finding she is a Princess he swears loyalty to her, and vows to protect her from the demons of the land, as any knight would protect a princess. Shangxiang states she is not a princess who needs protecting, and vows to fight alongside him as his equal in battle. The group then readies them selves to face the upcoming hoard of demons, as friends and allies.

Sterks introduction stage has him and his new found friends fighting to reunite twin village girls, who have been separated while trying to flee the demons. They find that the land of Xu Province has been merged with a strange Labyrinth filled with books within the caves walls, floating platforms, and glowing floating orbs. They are able to reunite the separated sisters, but are then faced to fight against the forces of Dong Zhuo. Now caught in the middle of a 3-way battle, the group of heroes move to take down the demon forces and Dong Zhuo's forces, and in the end are victorious. When the battle is over, and Sterk learns of the larger situation going on, he vows to fight alongside the Coalition of Warriors fighting against evil forces. 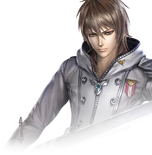 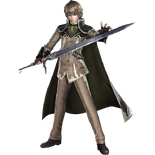 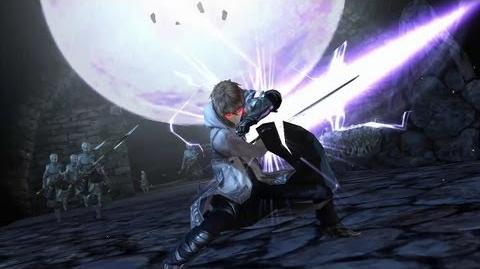 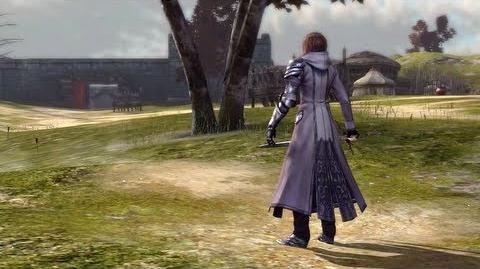 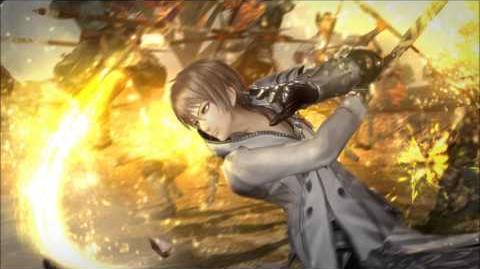 An early design of Sterk in Atelier Meruru 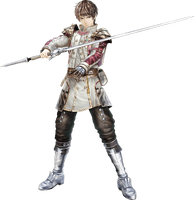