Atelier Wiki
Register
Don't have an account?
Sign In
Advertisement
in: Articles in need of cleanup, Mana Khemia Characters, Characters,
and 5 more

Vayne Aurelius is the leading protagonist of Mana Khemia: Alchemists of Al-Revis. He also appears in the spin-off title Nelke & the Legendary Alchemists: Ateliers of the New World.

Living in the secluded mountains before the story of the game takes place, he only knows Sulpher as his only friend. Invited to the Academy by Zeppel Kriever, he starts his school years along with his wacky but dependable workshop friends.

Timid and weak at the beginning of the game, Vayne is shy and awkward in social interaction because of his previously secluded life in the mountains -- and he finds comfort in things people find strange, the one being most obvious is whenever he talks with his cat, Sulpher. -- However, throughout the game, he matures; he becomes strong-willed, while still maintaining his timid personality, he grows to be more mature and is someone who strongly believes in his comrades, and he will take even extreme measures if it means he can protect his friends. He is quick to forgive as shown as he tries to befriend Roxis, even though the latter had been trying to injure him and his friends for times.

Warning! The Atelier Wiki may spoil the story of the game. Read on your own risk!

Vayne is first introduced at the very beginning of the game when Zeppel invited him to the Al-Revis Academy. After the Orientation Period of the Academy ends, he met with Jessica Philomele, who introduced herself as Jess.

The pair then made their way to the School Grounds, only to be stopped by two upperclassmen, Tony and Renee, yet Flay interjects and 'saved' the two. Flay afterward forcefully brought the two to his workshop, and there they met with a beastwoman, called Nikki.

The Vice-Principal then visited the group, saying that she will revoke the Workshop but Flay refuses, saying that she promises him that if he could find members for his workshop, she will let him keep the workshop until he graduates. Worried about Vayne, Nikki, and Jess, the Vice Principal then told them to make a Nicro Cloth -- if they can, then she will leave them be. But if they cannot, she will have to revoke the workshop. Being the man he is, Flay leaves the task to the three Freshmen, confused and lost.

Warning! The Atelier Wiki may spoil the story of the game. Read on your own risk!

Depending on whether or not the player completed a party member's character quest will determine what ending they will get.

If the player did not complete a character quest up to Max Level.

After the boss battle with Vayne in the last chapter, he tells the party that everything happening is all his fault, and it's better off that he disappears. To stop the destruction of Al-Revis Academy, he makes one final wish to destroy himself. This saves the school from being destroyed but kills Vayne in the process. The party mourns his death and Isolde has second thoughts about whether getting rid of him was the right thing to do.

If the player did complete a character quest up to Max Level.

After the boss fight with Vayne, he will declare that everything is his fault and that he should disappear. However, one of your party members (Depending on who's character quest is at max level) will step forward to talk to Vayne. His other self says that it's useless to talk to him and that this is what he wants. But the party member talks to him anyway and convinces Vayne not to sacrifice himself. Vayne then rejoins the party and says that they still have to stop the destruction of the school. This leads to the true ending route giving the player another boss fight to face.

After defeating the True Final Boss, The world that Vayne created begins to collapse. The party runs for the exit but before Vayne leaves. He has a conversation with his other self who says that by doing this Vayne will no longer possess any powers as a Mana and that he will just be a normal human being. Vayne confirms that he is okay with this and lets it happen. The world that Vayne created completely disappears. Everyone celebrates and Isolde has nothing to say about Vayne's action. The game then continues to the ending depending on which character quest you obtained max level with.

Vayne is extremely adaptive in his study, and in battle. As an Artificial Mana, he is the Mana of Wishes, able to grant the wishes of someone, even if it means to kill another. He wields great power, which Isolde fears and detests. With his powers, unconsciously he can perform miracles. His powers were so great that he can return the dead to the living realm, simply by making a wish.

Vayne is a very balanced character. However, his repertoire is all composed of physical attacks, making him a very efficient striker since he has balanced HP and MP cap. He can be a magic-user via common skills obtained from synthesizing his weapons, armors, and accessories too, but that would not be very necessary since Jess is a very adept mage, able to best him in every aspect of magic, making Jess a more suitable mage candidate than Vayne.

His Finishing Burst is Einzelkampf, extracting more of Sulpher's power to deal with massive damage. Its attribute is Physical, targets single enemy, and hits for 9x HIT. His attribute is Dragon Striker, making him very advantageous against dragon enemies.

Vayne is the penultimate boss in Chapter 12. As he had let powers (Other Vayne) overtake him, he gains a very destructive arsenal of attacks, capable of utilizing both physical and magical attacks. He can even summon Meteor according to his will, making him a very tough boss battle if the player is not prepared. His card skills can be countered by using Roxis's Purifying, and as usual, he resists all of the possible status ailments. 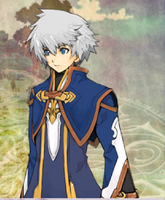 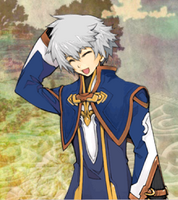 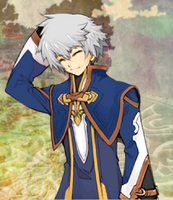 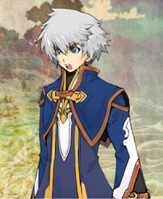 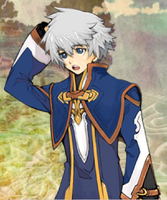 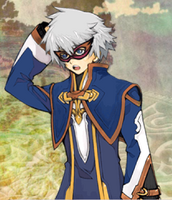 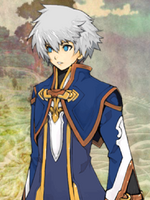 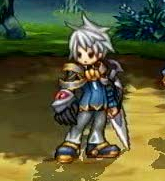 Vayne as he appears in the game fighting. 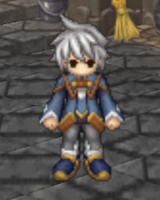 Vayne as he appears in-game. 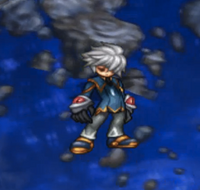 Vayne as seen before he goes into his boss form 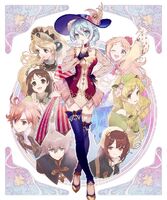